It is official. We survived Hurricane Matthew. I must confess, Matthew was nothing like Hurricane Hugo. NOTHING!

Early Friday morning, before the wrath of Matthew, my husband followed me to park my car in one of the downtown garages in Charleston. I was fearful Matthew might blow out windows, or thrust a tree into my car. Matthew was nothing, compared to Hugo.

Like many, I was glued to the TV, fearful this hurricane would do more damage than Hugo. The day after Hurricane Hugo, I came home, managing to drive around my neighborhood — looking for my street. This area of the “old village” was a war zone, or so it seemed. Trees were down. I dodged many. I saw roof shingles on the road. Large pieces of tin. I had no idea where they came from, realizing later that some of the ‘tin roofs’ people have on their homes were torn apart, landing in the roads, or other areas. In one area of the road near my home, a house was in the road – swept from its foundation.

Yesterday, we were filled with cabin fever. Remaining inside of our home off and on since Wednesday, getting our property ready for the storm, we were tired of sitting around. Saturday afternoon, the rains were only slight, light showers — no longer horizontal rains that sting your face, like little needles. My husband wanted to drive around to see the damage. We were shocked!

I am known for never leaving my home without my hair styled and make up on. Not yesterday. I grabbed a baseball cap. Something I never wear, and of course, my signature sunglasses! I looked hideous…like a ‘just camping out Barbie.’

We anticipated a view similar to Hugo. Hardly. On Bellview, we discovered a utility line was down. Roads were not blocked with tree limbs, or large trees. Water was on the roads, but nothing seriously deep. On one street I saw trees downed. None hit the houses. On a friend’s home, she lost a large oak tree. It fell into the next yard, hitting the property owner’s car. I hope they have good insurance, and not the insurance we had last year when the ‘thousand year rains’ came.

After the roar of Hugo, our road was covered with trees, roofs, and one house was blown off of its foundation. When we opened the door to our home, we saw ceilings down. Water damage from the torn, leaking ceilings in the family room, living room and our game room. We walked to the back yard, discovering a neighbor’s tree in our roof. Woody was the neighbor’s name. He and his wife stayed during the storm. When he saw us returning, he rushed to apologize for the tree damage from his yard. I smiled at him. “Woody, it’s OK. We have homeowner’s insurance. Don’t worry about it.”

Woody made certain the tree was removed. He and his wife were retired. They were some of the oldest residents in the old village. Nice, considerate neighbors like Woody are hard to find. We filed claims with our homeowner’s insurance. Three weeks later, the adjustor arrived.

“What can I help you with to make your life a bit better?” He asked. “Do you want to stay in a hotel?”

I thanked him, letting him know our home was livable, even with damaged ceilings and a damaged roof. We could survive. He wrote us a check for a considerable amount. It’s a pity I can’t say the same about State Farm Insurance last year!

In May we completed the repairs. During Hurricane Matthew, I prayed we and our home would survive. So happy we are fine! The only damage is a portion of a wooden fence.

I am happy to report, after we lost Woody as a neighbor, we have nice neighbors again. During Hugo, I worked at a culinary college. The President of the college knew he had to find a way to give the meats and vegetables to others. One morning he announced for all employees to pick up some meats and share them with neighbors. I brought a beef wellington, giving it to the neighbor who was grilling for the neighborhood. Needless to say, the neighborhood was eating gourmet foods.

I expected Hurricane Matthew to be stronger than Hugo. I listened to local media, the governor’s messages, and the Weather Channel, anticipating a nightmare similar, or greater than Hugo. Thank God, it wasn’t. To be honest with you, my readers — the only damage we had was related to my husband, “Hurricane Phil.” After I went to bed, he chose to remain in the den with the dogs. There, in the dark of night — where he truly cannot see his hand in front of his face, Hurricane Phil managed to do a bit of facial damage. He placed puppy papers down, in the event our dogs needed to do something. While placing the papers nearby, he managed to knock over a basket of magazines. He knocked a plant sideways, along with a Tiffany style lamp, managing to chip one portion of the lamp, and he broke a picture frame. He lost his glasses. Yesterday afternoon, I found Hurricane Phil’s glasses on the other side of the room. Don’t ask me! He’s as blind as a bat when in the dark! Yes, my home survived Hurricane Matthew, but the interior was  a bit disturbed thanks to Hurricane Phil!

Driving around downtown this morning, in anticipation of getting my car, I did not see the roads covered with tin roofs, homes in the roads, and boats in the path of downtown Charleston, like the roads were after Hugo.

All I saw was the City of Charleston coming back to life. Several restaurants were opened. Cars were driving around, and people were walking. Just glancing along the city, no one would know less than 24-hours ago, Hurricane Matthew came to town, only to tease the city.

Wish I could say the same for Lumberton, NC. There, the hotels were flooded. People were being rescued by boats. Numerous cars were floating in the water. The Weather Channel interviewed several people who fled from South Carolina, so they could be safe. Funny thing about it was, this morning they awoke to wet sheets and wet floors of the hotel. They left South Carolina, only to have their lives threatened when the storm came inward.

Remembering Hurricane Hugo, it appears that once a hurricane hits Charleston, it chooses to go inward. During Hugo, it kissed and damaged the City of Charlotte, NC. This time, Hurricane Matthew almost drowned the City of Lumberton, NC.

I think hurricanes need to have a GPS system. Perhaps then, they could use the GPS to head out to shore and stay away from ‘inward counties.’

We were advised to move away from the coast, and go inland 100 miles. Lumberton, NC is about ‘188 miles from Charleston, or if the crow flies, only 138 miles.’ But who is counting. These people thought they would be safe in Lumberton. So sad. 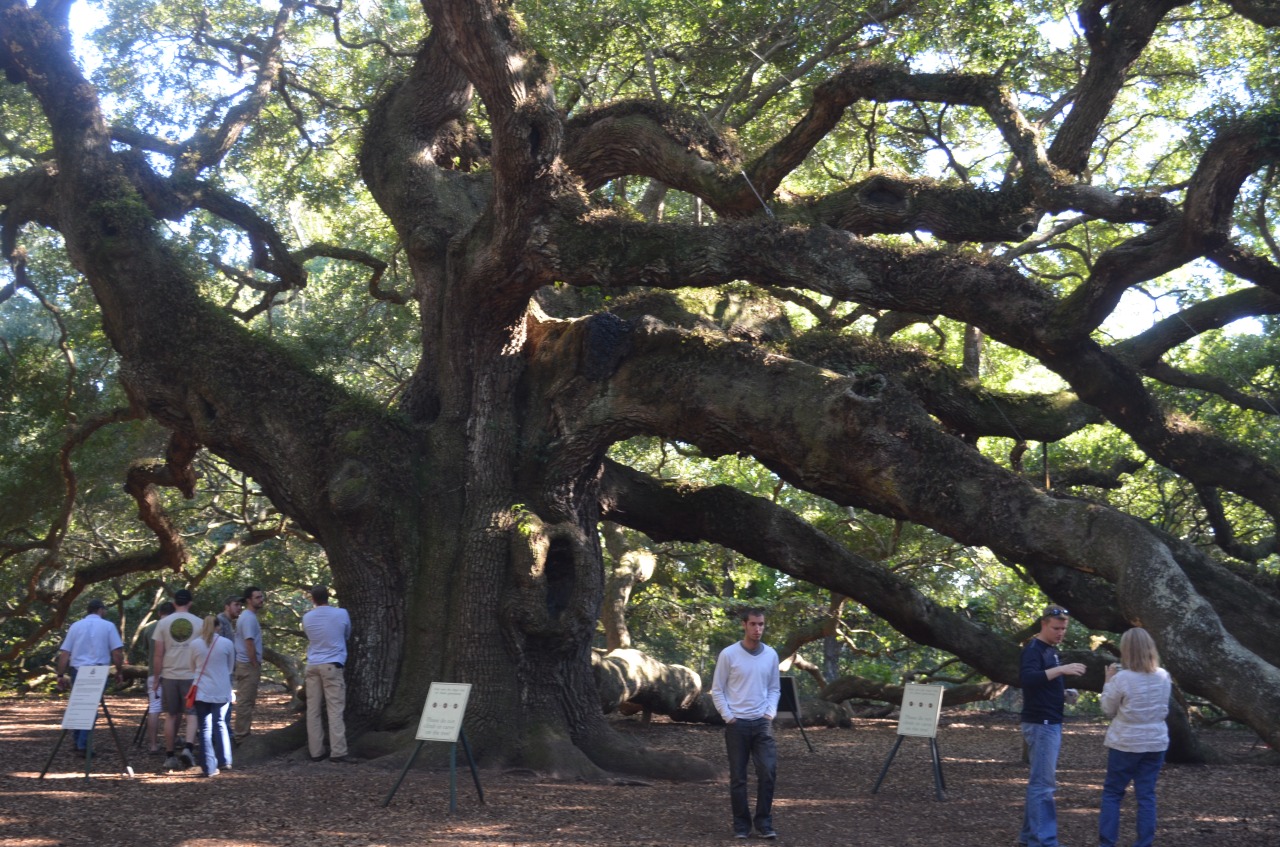 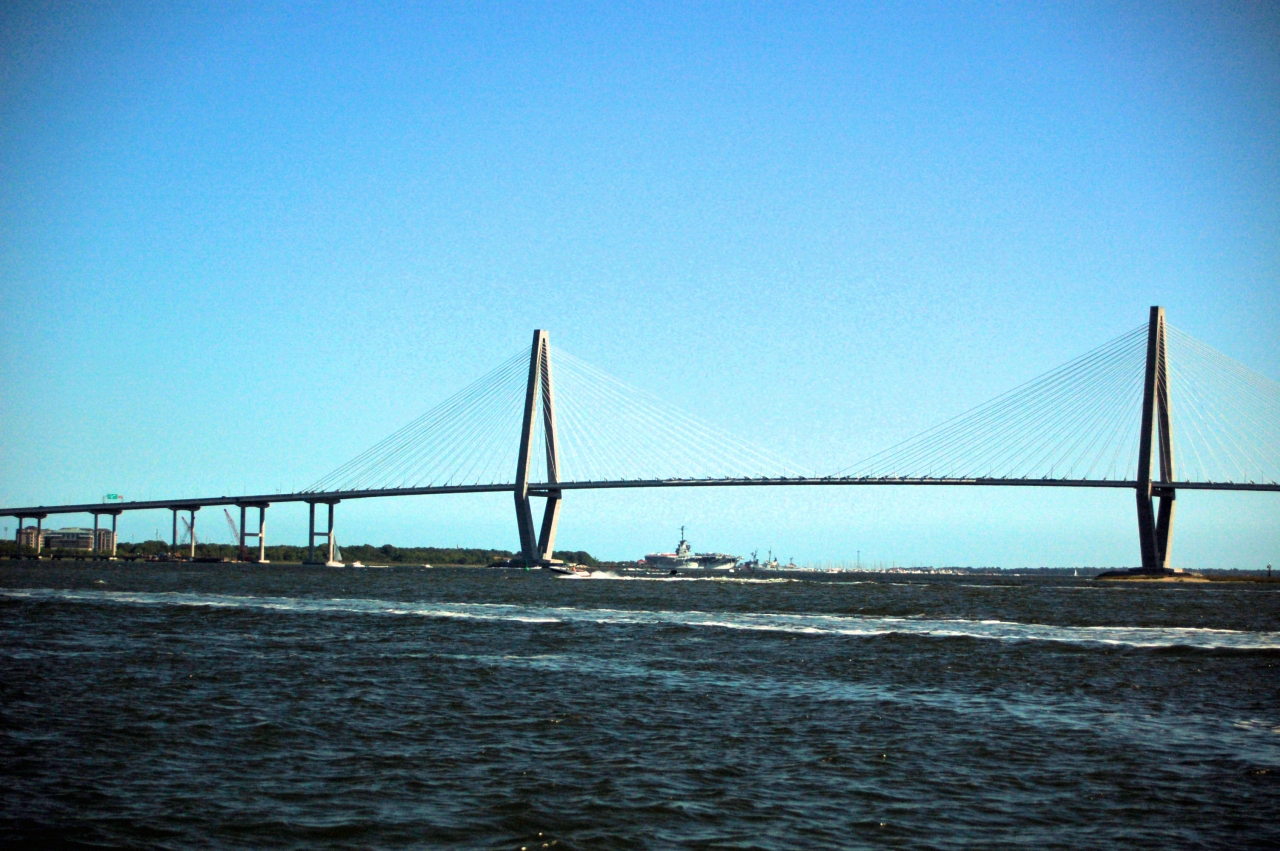 Only the hurricane knows!